Never Have I Ever Season 2: Release Date, Cast & Plot

Co-created by Mindy Kaling, Never Have I Ever became an instant hit when it first aired on Netflix earlier this year in May. Not only was the first season a comedic masterpiece in coming-of-age storytelling, but it also captured and defeated common Indian-American stereotypes in each episode. But, when can fans expect Never Have I Ever season 2?

Plot of Never Have I Ever Season 2

In the first season, we followed the everyday life of Devi Vishwakumar, a high school student navigating her way through high school as a first-generation Indian-American in Sherman Oaks, California. Throughout the ten episodes, Devi develops a strong crush on popular classmate, Paxton, tries to maintain a relationship with her mother and near-perfect older cousin, all while recovering from a traumatic previous year, when she lost her father and the ability to walk.

As the release of season 2 approaches, we can expect to continue to witness Devi’s masterful, witty and laughably awkward journey through adolescence. Even better, maybe we’ll finally find out how Devi’s complicated friendship with longtime frenemy, Ben pans out.

The Cast of Never Have I Ever Season 2

Never Have I Ever season 1 introduced us to some hysterical characters, and we believe most of those cast members will return for another season. Those main characters include:

As with any television series, we can also expect a second season to incorporate new characters. But, because no one has confirmed any details on the second season, it’s hard to tell who will return and who will appear for the first time in new episodes.

When will Never Have I Ever season 2 be released?

Earlier this year, Netflix announced that Never Have I Ever would be renewed for a second season. As far as the exact release date, no one has confirmed anything. In a September 2020  ELLE.com article, Maitreyi Ramakrishnan says she, too, is “in the same boat as fans” when asked about a Never Have I Ever season 2 release date. “I don’t know what’s going to happen at all,” she says.

Fans can hope that Never Have I Ever season 2 will be released sometime in 2021, but again, we just aren’t positive on a specific release date.

Where can I watch the new episodes of Never Have I Ever?

The first season of Never Have I Ever streamed on Netflix, so it’s safe to assume that you can watch season 2 there, too. 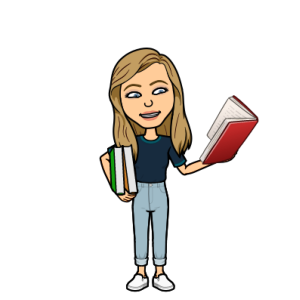 Julia is a Web Content Writer for The Stake, where she is responsible for researching current topics and writing reviews and relevant blog posts. In 2017, she earned a Bachelor's degree in Journalism from the University of Missouri-Columbia with an emphasis in Magazine Editing. She currently resides in St. Louis.
All Posts »
PrevPreviousKakegurui Season 3 Release Date, Cast & Plot
NextThe Haunting of Bly Manor Streaming: How To Watch OnlineNext

Is The Cast Of The Boys In The Band Movie The Same As The Broadway Show?

Star Trek Discovery – Why Do The Klingons Look Different?