Patients, mark your calendars and book your appointments now because The Good Doctor will begin on November 2.

The full-length trailer for The Good Doctor Season 4 just dropped and it is loaded with intriguing scenes.

While we know about the coronavirus episode from the last article we made about The Good Doctor Season 4, the trailer also revealed that there will be at least six new characters to be introduced starting this November. One of them is Dr. Asher Wolke who is played by Noah Galvin. He is a freshman who decided to part ways from the Orthodox Jewish Church in order to pursue his dreams of becoming a doctor.

Another notable scene in the trailer introduces the tension between Dr. Shaun and two other doctors, Lim and Andrews. The two speak about whether or not Shaun would make a good supervisor, completely disregarding his incredible abilities.

During the last season of The Good Doctor, we witnessed Dr. Neil Melendez’s slow and painful demise. In The Good Doctor Season 4 trailer, we see how affected Lim and Claire are with a few flashbacks to amplify their pain. Obviously, Claire is the most affected person in Neil’s passing; she even tells Lim that this event in her life has forever changed her.

To be honest, if you were Claire and you were just starting a relationship out with Neil, then suddenly he is on his deathbed…we are pretty sure that it is not something that you would take lightly, right?

It has been confirmed that The Good Doctor series will have its first episode of Season 4 take on the topic of COVID-19 as a tribute to all frontliners and health workers sacrificing their lives all over the world.

The show’s executive producer, David Shore, shares in an interview that “I do think we have a responsibility, as entertainers, to provide a little bit of an escape…We’re not going to be dishonest about it… There’s going to be an awareness of it, but those are not the stories we are going to tell.”

He also confirmed that The Good Doctor Season 4 will not just be about the pandemic we are all experiencing and that the first episode entitled “Frontline” is just an homage to those who work in the medical field, trying to get this pandemic wiped out before it wipes us out.

Read more about anything anime, book, celebrity and television-related news by subscribing to The Stake! 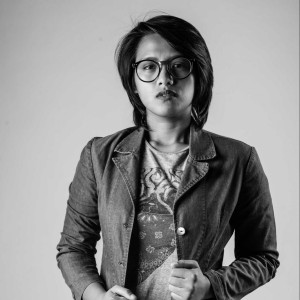 I'm a single mom who loves creating content. My daughter, books, films, and coffee are the only things that keep me going.
All Posts »
PrevPreviousNina Dobrev Starts Production on Netflix Comedy “Love Hard”
NextRiverdale Season 5: Set Decorator Confirms Release Date For The SeriesNext

What’s the Recipe for Seduction? Mario Lopez is Spilling the Gravy Soon!

Hulu’s Helstrom Cast – Who Plays Who & What Else Have They Been In?

Saved By The Bell Cast: Who Plays Who In The Show?